Cancellation: If canceled up to 2 days to arrival, no borrowing. If canceled later, the first night will be charged.

Payment is in dinars at a middle rate of the National Bank of Serbia on the day of payment. We accept the following credit cards: American Express, Visa, Euro / Mastercard, Maestro.

The hotel reserves the right to pre-authorize credit cards.

Group prices: It is possible for a minimum of 10 people. Contact personally.

Legacy reserves the right to change prices during periods of high occupancy as well as during important events!

Smoking is not allowed in rooms, there is special room for that purpose.

Also pets are not allowed. 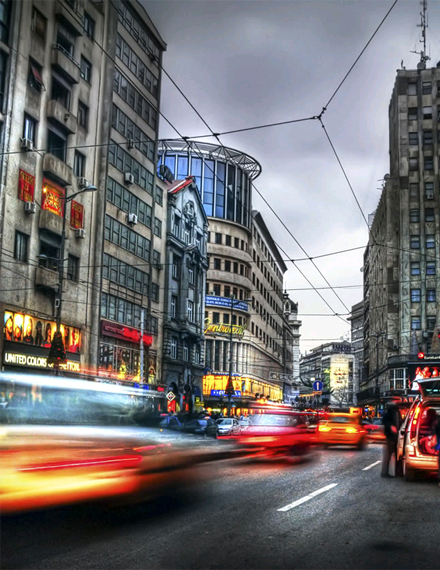 Belgrade is situated at the place where the Sava joins the Danube. Belgrade is one of the oldest cities in Europe and, beside Athens, the greatest urban whole of the Balkan Peninsula. The oldest archaeological artefacts from Belgrade area date back to the fifth millenium B.C. The members of a Celtic tribe founded Singidunum in the III century B.C., while the first record of the name Belgrade dates back to 878 A.D. During its long and tumultuous history, Belgrade has been conquered by 40 armies, and 38 times it has been raised up from the ashes! 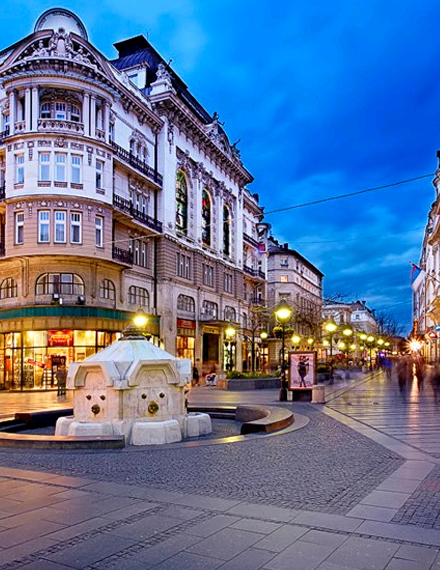 Belgrade is the centre of culture and art of Serbia. It is Belgrade where our most notable artists create, where over 11.000 theatrical performances, exhibitions, concerts, performance events, and other artistic programs are presented and where prominent authors in the world of art are hosted. Belgrade is the centre of the highest state and national institutions of culture and art: Serbian Academy of Arts and Sciences, the National Library of Serbia, the National Museum, the National Theatre and the University of Arts.

The City of Belgrade is the founder of 36 cultural institutions (11 theatres, 8 institutions for protection of cultural values, 4 libraries, 13 cultural centers and galleries) and the supporter of 2 public companies, at the same time the contributor in the implementation of schedules and scheduled attractions of 231 institutions and artistic associations. 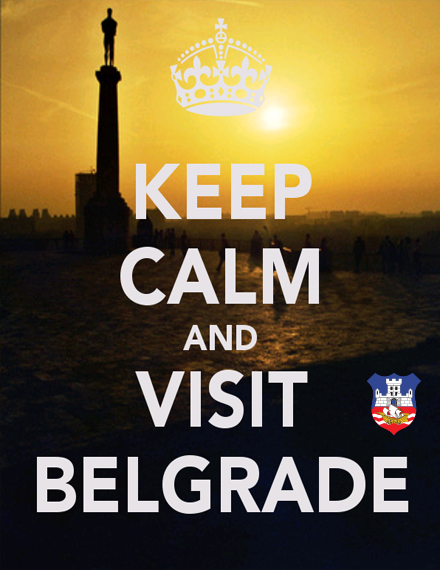 Belgrade lies 116.75 metres (383.0 ft) above sea level and is located at the confluence of the Danube and Sava rivers. The historical core of Belgrade, Kalemegdan, lies on the right banks of both rivers. Since the 19th century, the city has been expanding to the south and east; after World War II, Novi Beograd (New Belgrade) was built on the left bank of the Sava river, connecting Belgrade with Zemun. Smaller, chiefly residential communities across the Danube, like Krnjača, Kotež and Borča, also merged with the city, while Pančevo, a heavily industrialized satellite city, remains a separate town. The city has an urban area of 360 square kilometres (140 sq mi), while together with its metropolitan area it covers 3,223 km2 (1,244 sq mi). Throughout history, Belgrade has been a crossroads between the West and the Orient.

On the right bank of the Sava, central Belgrade has a hilly terrain, while the highest point of Belgrade proper is Torlak hill at 303 m (994 ft). The mountains of Avala (511 m (1,677 ft)) and Kosmaj (628 m (2,060 ft)) lie south of the city. Across the Sava and Danube, the land is mostly flat, consisting of alluvial plains and loessial plateaus.